This may be a little mushy but it did make me think of all of you when I saw it. You’re the best. Yes you.
Kisses x 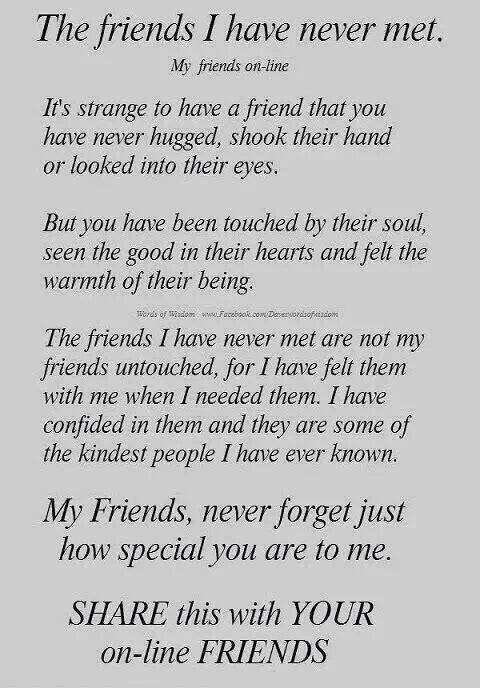 Gah, this is going to sound really insincere (and did I just begin a post with the word “gah”?)… 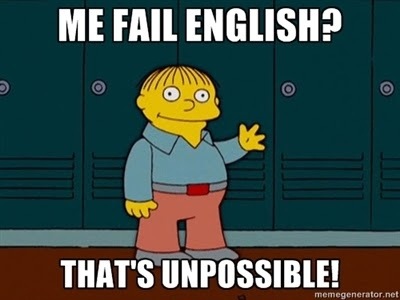 source
…but I am being very sincere here. I have on my Abe Lincoln face right now. Actually, completely scratch that image from your mind, it’s a little disturbing.

I want to tell you guys a little tale. I did not have a good day today. I’m not going to expand on that, just take my word for it. I decided to do my previous post because I thought it would cheer me up a little. Before I began writing that post, I actually had drafted a pretty depressing post about how crap my day was. Then I realised that I was just complaining and that it wasn’t going to really contribute anything to anyone’s day, including mine. I let it in my drafts and thought about publishing it.

Just before I published my award post, Jack called me. He’s away on very important PhD business. As he was talking to me, I realised I was on the verge of tears; inexplicable but very real tears.

So when I came off the phone I had a little “get your shit together, Jane” pep-talk with myself and did up the last post. It did cheer me up.

But you know what really cheered me up? You guys. You guys had no idea how I was feeling and yet you managed to be the most positive influence on my day. You might think that your kind comments don’t mean that much to me, but the truth is, you have no idea how happy they make me. This is not me looking for kind comments, but rather thanking you. Thank you friends; for your encouragement, your faithfulness, your good humour, your intellect, your experiences…everything! Thank you for taking the time to read my posts and for leaving comments. Thank you for being kind to me. I really wish I could do more to repay you guys but you’ll just have to accept some invisible internet chocolate (and even though you’ve never met me, it’s totally legit. Promise.) I don’t think I have ever felt part of a nicer online community and it feels great. You guys are nicer than my Facebook friends. Just don’t tell them that. .

I know this all sounds so soppy, but you guys just make my day! Now let’s all get into a circle and sing Kumbaya.

I’m a nice person. It’s true. I’m not being arrogant when I say that; in fact, I think it’s fair to say that many people view kindness as a weakness.

Maybe I am too nice. I mean, I sometimes struggle to be honest with people because I’m afraid that they will construe my honesty for harshness. I do feel that I sometimes let people take advantage of me. Don’t get me wrong, I’m not a complete push-over. I just loathe confrontation. 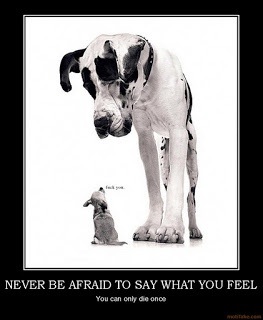 If I have an opinion, I will state it. Similarly, if I feel someone is being unfairly treated, I will speak up. But it stresses me out beyond belief. I don’t particularly feel very enamoured with this aspect of my personality, but I would much prefer to be too nice than too mean.

I find it very difficult to deal with aggressive and domineering people. You know the type I’m talking about; the people who convince you that being “assertive” means passing critical comments or disagreeing with you over the most trivial of things. Or they’ll sometimes feel the need to offer you “advice” when it’s really just destructive criticism which serves to damage your self-esteem. I mean, haven’t some people heard of talking about you behind your back?

I once had someone aggressive like that in my life. Not by choice, I would like to add, I’m not crazy. She was related to one of my best friends and was a self-titled “bitch.” She constantly referred to herself as such. I’m all for assertiveness and confidence, but she was poison.

She would constantly comment on my appearance: “Oh, Jane. You’re going with that?”
“What did you do with your hair? It really doesn’t suit you.” She would also start random and unexpected arguments with myself and my friends. I don’t know how many times I had to explain her behaviour to people.

After a few years (yes years, I suppose I’m a glutton for punishment) of putting up with her, I approached her cousin and the friend who had introduced us. I had had enough. It was my birthday, and we were having a party. I’m no diva, but I suspected that I would be spending the night apologising to people for her behaviour and that wasn’t exactly how I wanted to remember my twenty first birthday.

When I brought up my concerns to my friend, she brushed me off with the usual excuse: “Oh, that’s just the way she is. She’s just a bitch.”

This time, I refused to accept that as an excuse for her behaviour. It’s not even an excuse really, is it?

So I took a deep breath and said:

Listen, Katie. I love you but I’m just not going to accept that flimsy excuse anymore. It’s rubbish to be honest. I have never done anything to deserve her completely unacceptable behaviour. I refuse to believe that this is “just the way she is.” The girl makes a constant and conscious effort to be a bitch, it is not inherent in her personality. It would be really simple for her to be nice every now and again, but she just refuses to demonstrate even basic kindness. I might not be as confident as she is, but I can hold my head up high and say that I have never set out to deliberately denigrate anyone in order to make myself feel better. I’m just not going to put up with her behaviour anymore.

(It may not have actually been as articulately worded as that at the time but it went something like that.)

Katie reluctantly agreed with me and said that she would have a word with her cousin before the party. Of course, it didn’t work and meany mcBitchface (I’ll try better at the ole nicknames next time) was worse than ever. She refused to go to the pub we were going to because it was “crap”, she hated my dress and she called one of my friends that she had never met a “retard.” Yes, a charming woman indeed.

I haven’t spoken to her in years. I have cut her out of my life entirely. The saddest part of it all is that I heard that she got married recently and none of her “friends” attended. Despite her and Katie being first cousins, they haven’t spoken in nearly two years now. From what I hear, she has alienated most of the people who ever cared about her. She spends most of her time making fun of people and dead celebrities (yes, really) on Facebook. I do feel some pity for her.

The whole point of this post is to point out that being nice might not always be productive but in the long term, neither is being a bitch. For years, that bossy and unpleasant girl had loyal followers who viewed her aggressiveness as something that demonstrated honour and strength. Now, she has become lonely and isolated by her choice to remain aggressive.

Maybe I could stand to be slightly more critical. I probably should send below par food back in a restaurant or admit when I don’t want to go to the cinema to watch an action film. There’s nothing wrong with being assertive when you are not intentionally setting out to offend someone. The problem arises when you confuse bitchiness with confidence. And this happens a lot. We are surrounded with films and TV shows where the message is clear: being a bitch pays off. If you go onto Facebook you’ll see provocative memes like this: 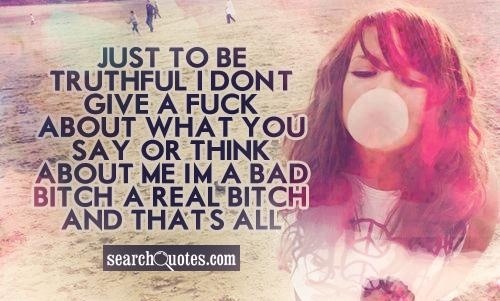 Now, I’m all for female empowerment and all that. But to me, that is just plain aggressive and promotes bitchiness as some kind of badge of honour. What about this for a meme, eh? 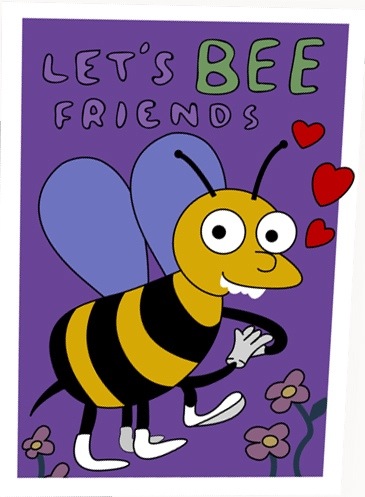 I always encourage my students to try and be confident and to express themselves in an assertive manner but I also remind them to always be respectful of other people’s feelings. While being a self-styled bitch might garner you some fearful respect in the short term, you will end up facing the consequences of your actions sooner or later.

What about you? Are you too passive? Or could you do with being more diplomatic? Or maybe you’ve struck the right balance between the two? If so, tell me your secret in the comments below! 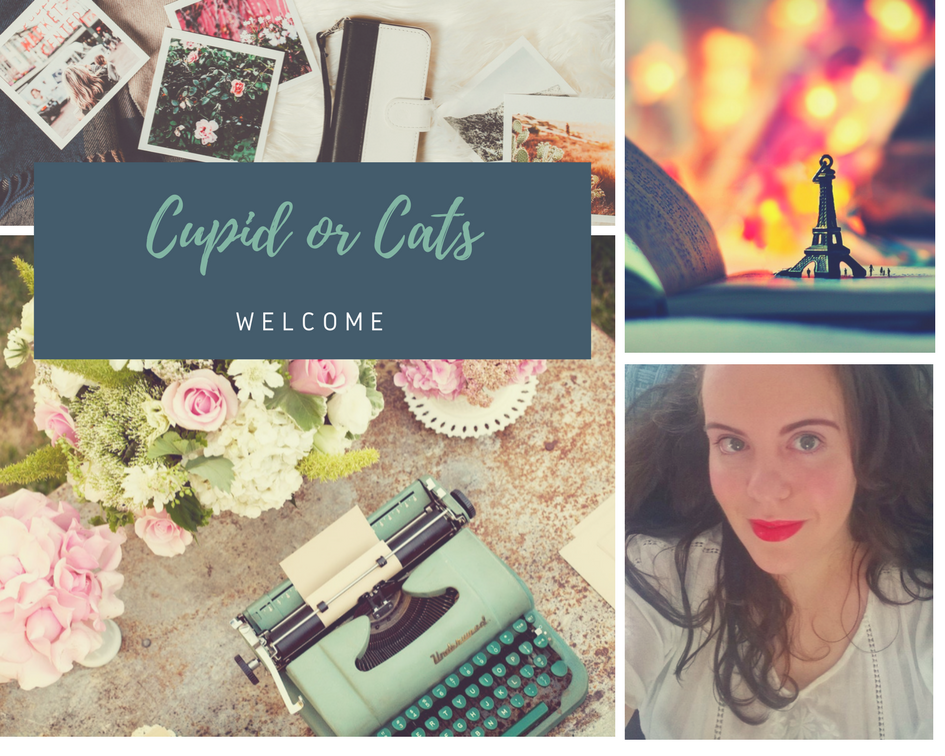 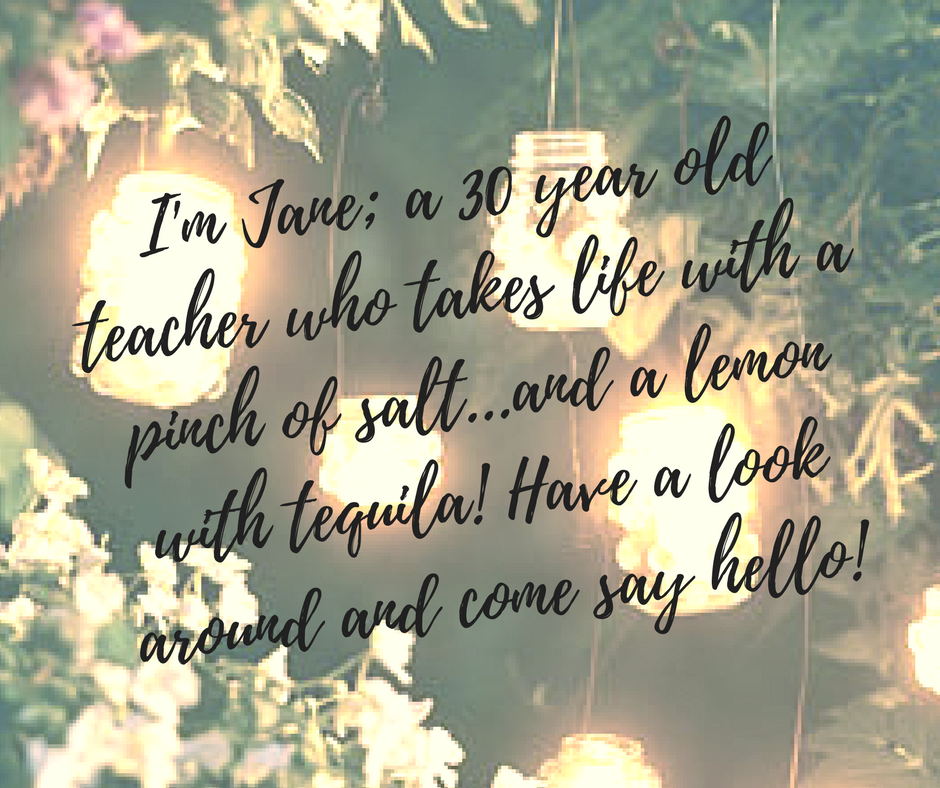 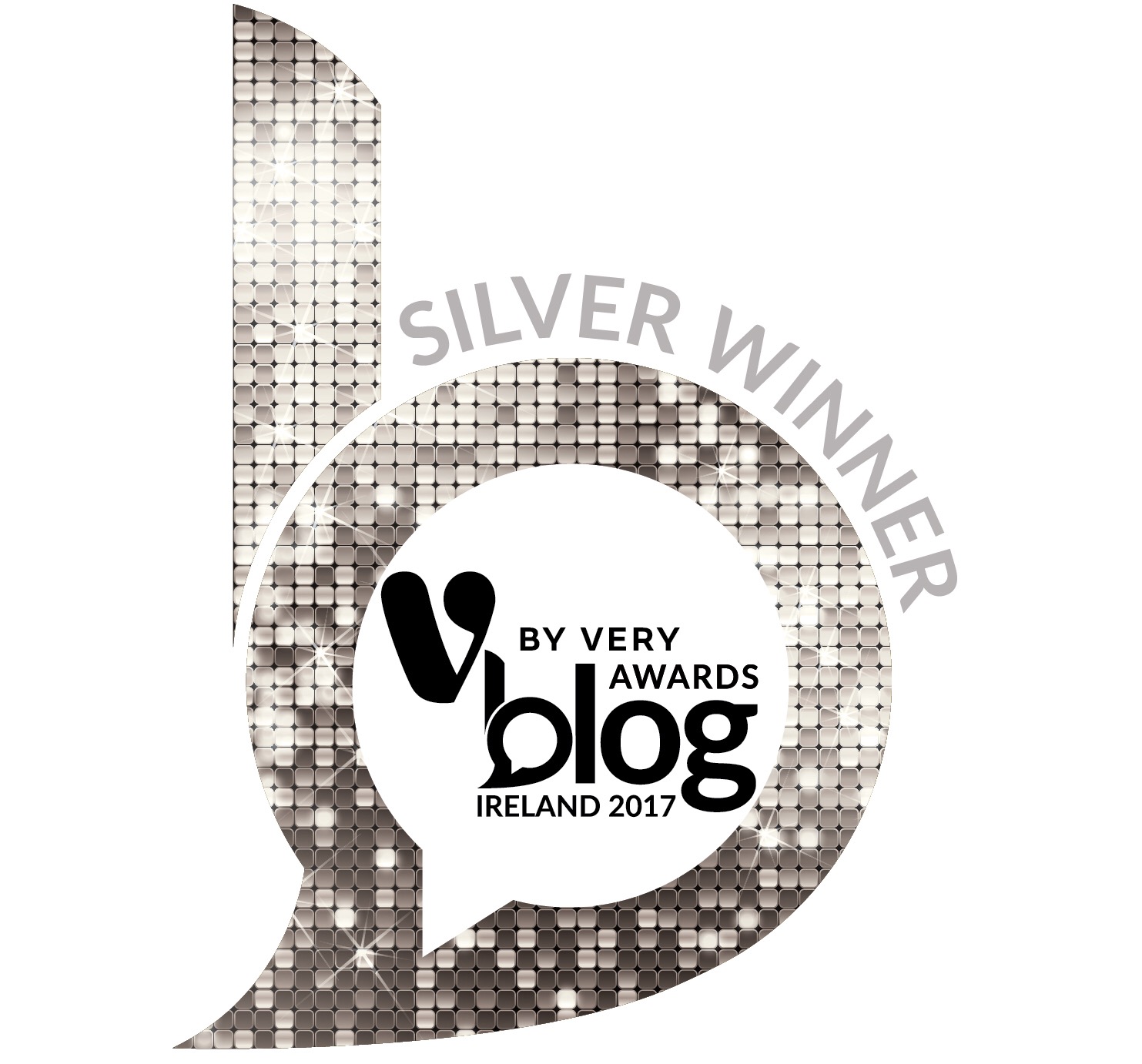 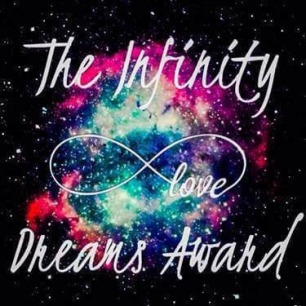 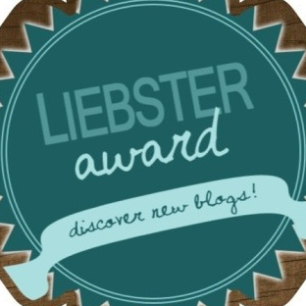 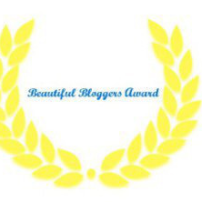 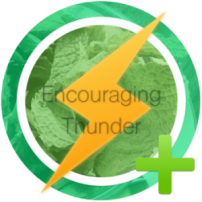 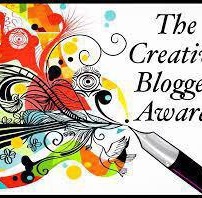 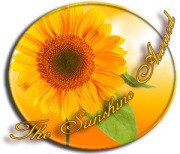 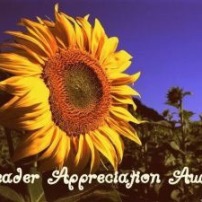 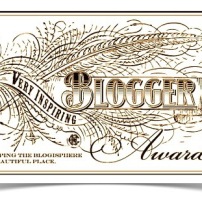 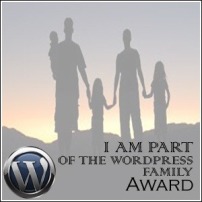 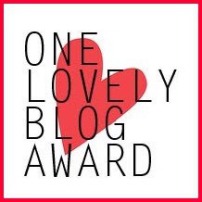 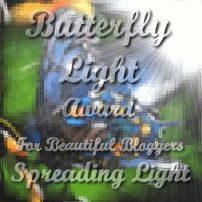 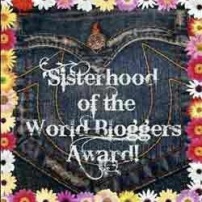 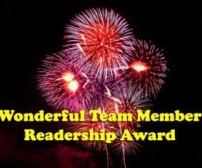 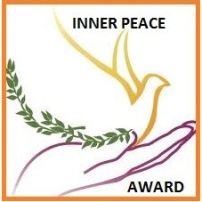 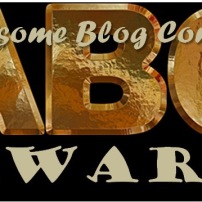 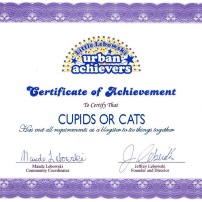 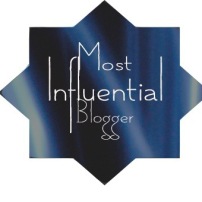 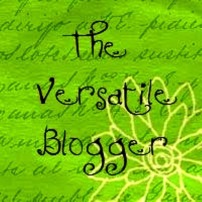 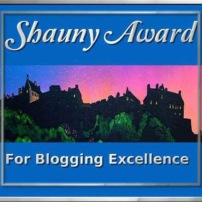 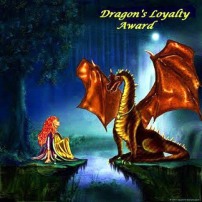 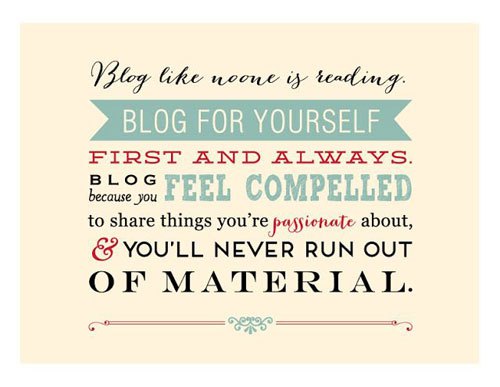